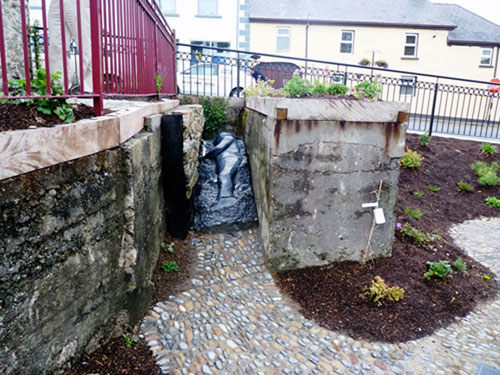 In 1824 the Mining Company of Ireland was formed by an Act of Parliament. In 1826 the Mining Company opened extensive collieries at Mardyke, in the parish of Killenaule. The Company leased the land for 21 years from three landowners, Palliser, Tighe and Ponsonby . At this time a steam engine was providing power for the workings and the company built an engine house and 9 dwellings for workmen. In 1829, 10 additional houses were built for workers. In 1831 the lease was extended for 41 years and in 1832, 6 more houses were built for the miners. Offices, a police barracks and a school were also built and Mardyke became the first mining village in Ireland. 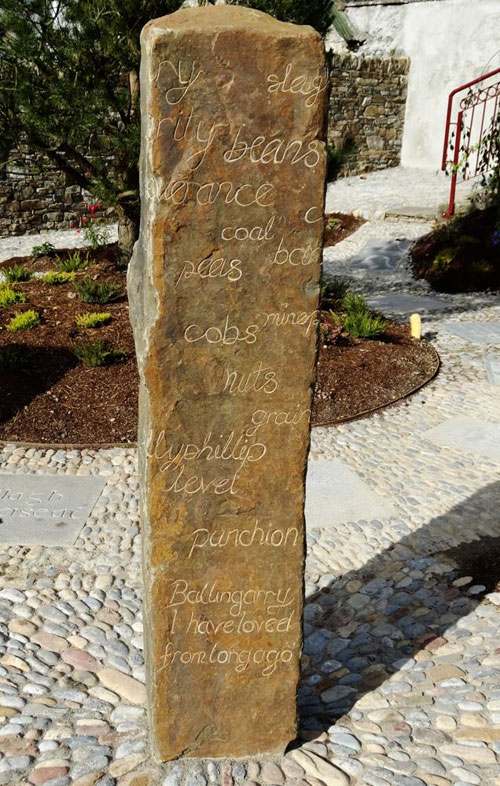 When driving through the area tall chimney like structures can be seen, these steeples were used as ventilation shafts for the larger operations, (by lighting a fire in the chimney a draught was created which pulled the impure air from the mine shaft below). These chimneys were built at Lisnamrock, Earlshill, Mardyke, Foilacamin, Newpark, Boulea and Copper. (Mardyke, Lisnamrock, Earlshill and Copper are still standing).

Some of the big landowners in the area were also mineowners and when farming became less profitable they developed the mining end of their business. These included Barker of Kilcooley, Charles Langley of Coalbrook, Ambrose Going of Ballyphilip, Sir Vere Hunt of Glengoole. At this time the Slieveardagh Mining Company were in existence based at New Birmingham (another name for Glengoole). This was a small company and was having trouble keeping its head above water. Problems included the local geology where seams were inclined to fault and vanish, the tendency of mines to become flooded, and the fact that coal was expensive to transport beyond the local coalfields.

According to tradition, coal mining has taken place in this area for at least 400 years. It is recorded in the civil survey of 1654 that coal was being mined which was “suitable for blacksmiths at (cúl na choille) Coolquill. Indeed local folklore suggests the Danes mined the coal during their “visit” in the 11th century. Until 1825 the mines were worked almost exclusively by unlicensed private enterprise, Farmers large and small on whose land seam outcropping occurred. It is recorded that 35 mines were inproduction employing about 1000 men through the early part of the 1800’s. 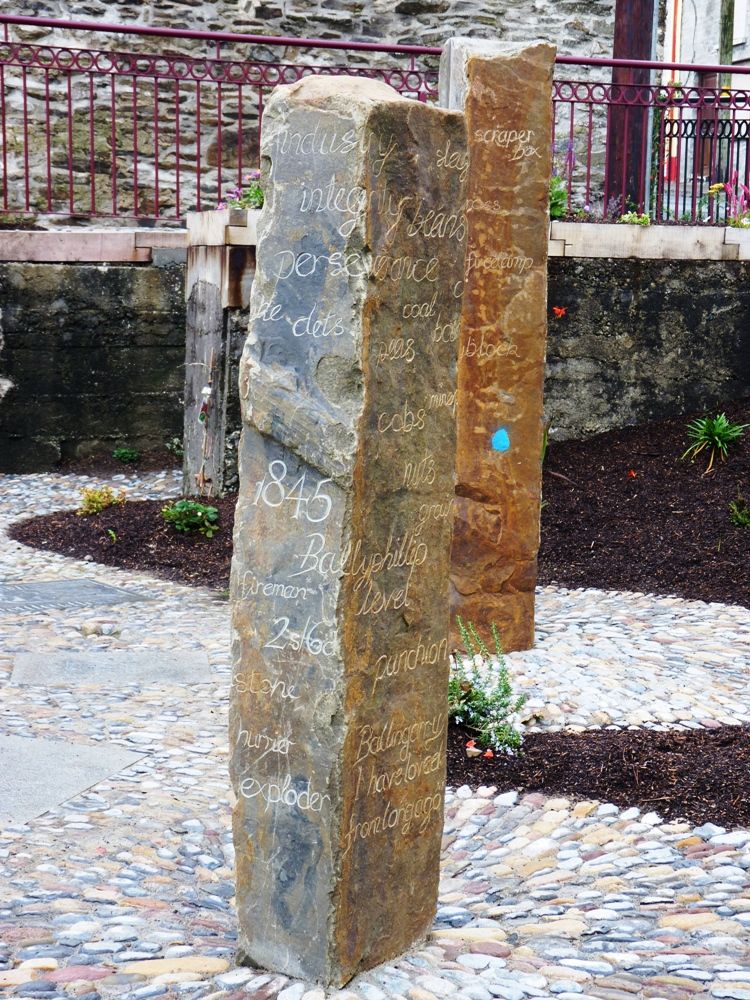 In 1826 the mining company of Ireland under-took the building of a village at Mardyke known as ‘The Found’ for the families of the miners.  They also built a Police Barracks and a School (still Standing) There was a Lending Library, and a savings Club. One of the miners houses still stands (2013) the former Offices are still there but in very bad repair. All the houses had slate roofs, the village was divided into three streets, Puddle Street also known as River Street, Middle Street and High Street. The area then known as ‘The Found’ and still is today.

ThePrimaryvaluation of Tenements for the area reports, that, by 1848 there were 33 houses in this village, three were vacant at the time of the survey.

In 1833 mining ceased in Mardyke, uneconomic due to the natural crushing of the seams resulting in a production ratio of 30% coal to 70% duff (culm) the Company extended its’ operation to Foilacamin and The Commons. In 1844 the Company leased the Earlshill and Ballyphilip collieries from Mr. Going. “This would place in the company’s possession the best anthracite coalfield in Ireland”. The Commons benefited from the development and growth of the Mining Company of Ireland. Five dwellings were built in the townland of Blackcommon. They were occupied by the families:- Owen Cullins, John Lamphier, Kieran Leahy, James Kelly and James McEvoy. A School was built by the Company in Kyle Lane about 1826 and lasted until the old two story building was constructed in 1887. 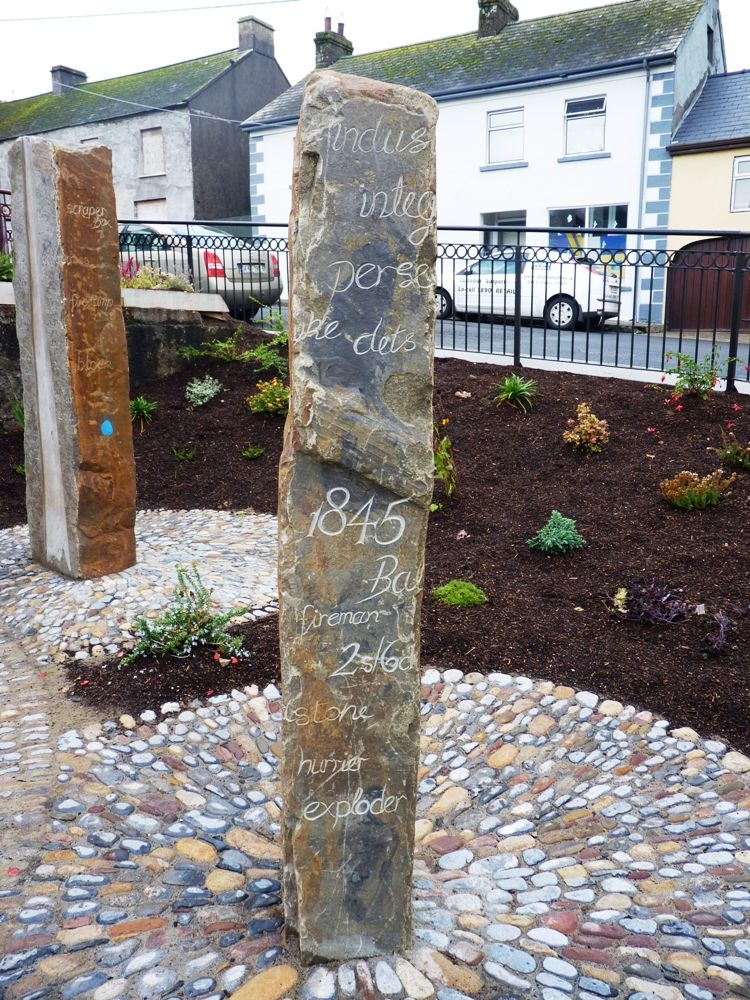 In 1941 a State mining company called Mianraí Teoranta was established and, along with a number of other ventures around the country, acquired the rights to develop the Slieveardagh Coalfields under the authority of the Minister of Industry and Commerce. The Slieveardagh Coalfield Development Bill, 1941 was introduced in the Daíl and passed on April 3rd 1941. A mine was opened in Ballynonty in August of the same year employing up to 100 men. The manager was a man named Mr. McGlucky from Scotland.

They also worked in Lickfinn and continued during the war years but found both projects uneconomic and they were abandoned in favour of the Copper basin in September 1948. This transition took some months as they had to move the entire operation, including buildings, machinery etc. Not long after its’ establishment, Copper Colliery was renamed Clashduff Colliery in order “to avoid confusion with the metal”! Then in January 1949 it was again renamed Ballingarry Colliery.